My friend Amy recently posted this photo of her great-grandmother, Florence, in the late 1920s at Wrightsville Beach, North Carolina. I absolutely fell in love with the black-and-white image of this gregarious young lady front and center with the huge dimple and warm smile. You can just tell that she loves life and intends to live it to the fullest.

Her companion in the Lumina swimsuit appears a bit more reserved, despite the smile tugging at the corners of her mouth. Perhaps she wants to let loose like Florence but feels compelled to adhere to the social customs of the time – you know, look more like you’re attending a funeral than a day at the beach.

Isn’t it interesting how a picture can grab your attention and make you want to know more? I’m not even a part of Amy’s family but I nevertheless want to learn the details. How old was she? What was she like? Who was her friend? Did they go to the beach often? What became of her? The list goes on and on. To quench my curiosity, I invited Amy to my home to ask her more about the photo and her family.

It turns out that Florence was born and raised in the Wilmington, NC area and frequented Wrightsville Beach often. As the photo accurately depicts, she was outgoing and fun-loving. She married a fabulous cook named Allan and they moved to Tampa, Florida where they opened a restaurant (see photo – that’s Allan on the right, but the two

women were employees. Perhaps Florence took the picture?). Shortly thereafter, a hurricane destroyed the restaurant and the Great Depression struck, causing them to return to Wilmington.

The entrepreneurial pair took over the concession sales at the Wrightsville Beach trolley stops and Lumina Pavilion (more on that later). Eventually they opened a small fish fry camp at their home along the Cape Fear River, selling meals to boaters and motorists alike. They had two children and were married for a number of years before Allan died unexpectedly of a heart attack when their oldest was eighteen. She remarried and died at the age of sixty-four.

Unfortunately, that is about all that’s really known about Florence. The family hasn’t discovered any journals or letters, so there’s no insight as to what she dreamed about, worried about, or otherwise cared about. We’re left with a photo that captivates us and yet leaves us with more questions than answers.

For example, in Florence’s beach photo, I wondered about three things: 1) the fact that they’re wearing hats, 2) the word “Lumina” written on her friend’s swimsuit and 3) the sign that’s half hidden behind them.

A little research turned up that Florence and her friend were wearing the standard suits of the time. According to Victoriana.com, “By the early 1920s women’s bathing suits were reduced to a one piece garment with a long top that covered shorts.” The fact that her friend’s suit says “Lumina” most likely represents the fact that “[v]isitors could rent a wool-knit bathing suit to swim” (Source: Lumina News).

Regarding their hats, Epic Sports claims that “[b]y the roaring ’20s, the invention of latex had led to the making of stretchier swimcaps that fit right in with the styles of the day, considering head-hugging cloches were very popular.”

As for the sign, I’m intrigued by the word “Limits.” I wonder what those limits were. Did they refer to the swimsuits, how far the public could access the structure behind them, how far out into the ocean they could swim or something else entirely?

I may never learn the answer to the latter question, but the fact that one of them is wearing a Lumina swimsuit leads me to believe that they were standing in front of some portion of Lumina Pavilion. Lumina was perhaps best known as a beach resort and dance pavilion, but as DocSouth explains, it also served as a “special events venue, bowling alley, penny arcade, lunchroom, and, beginning in the summer of 1905, a place many Wilmingtonians watched movies.” Outdoor movies, that is. Old photos and postcards prominently show a large movie screen erected on pilings within the breakers of the Atlantic Ocean. Guests could watch while seated on blankets on the sand or on bleachers on the upper level of Lumina Pavilion.

As one who loves historic buildings, I’m saddened by the fact that this amazing structure fell into disrepair and was demolished in 1973. However, its legend lives on and Wrightsville Beach Museum honors its rich history with its annual Lumina Daze celebration. This fundraising event features live beach music, dancing and yes, outdoor movies.

All of this research and information started from one simple yet captivating picture. How many of us have similar photos waiting to be discovered in our basements and attics? Many times we’ll have the misfortune of not even knowing the name behind the face. Yet it’s part of our personal heritage and our culture’s larger history.

We can’t force people to preserve their stories – or their architectural structures. However, we can document their insights, experiences and importance on their behalf. While it’s much easier to do when they’re still with us, it’s never too late to begin the process.

Please share your comments! Have you ever wondered about the backstory of a photo and taken steps to learn more about it? What family treasures have you discovered? How have you preserved the history and/or treasures of your ancestors? 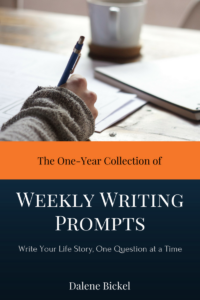